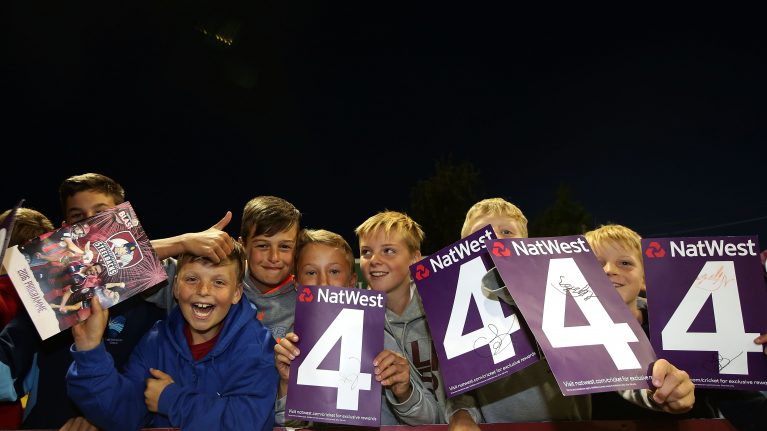 Without a thriving amateur game, backed by an engaged and energised army of paying supporters, the game in this country doesn’t mean a bean.

It’s the clubbies and fans – so often one and the same – who hold it all together. Who form a body of cricket lovers demanding to feel respected and listened to. Who ensure that all that staged madness at Edgbaston, Cardiff and Leeds has some way of rooting itself in the realities of ordinary people’s lives.

Clubbies and fans? The lifeblood of the whole show.

And listen closely. You can even hear it, beating in the hearts of all our volunteers, giving their lives to the clubs they love.

And listen again. Because it’s there in our oldsters, plonked these days on their favourite benches, looking out on the field of play – be it Lord’s or the local – to reflect on the fruits of their labours. And it’s there in our young ‘uns – running, drinking, laughing, putting money behind the bar and through the turnstiles.

It’s there in the parents, taking a punt on a cricket club coaching session before, with a deep breath, shelling out the inevitable tickets to a big game. It’s there in our coaches, striving manfully to debunk the most complex and beguiling game of them all. It’s there in all of us, in our builders and students, our strippers, coppers, nurses, judges and scoundrels, all of us entwined, across age and gender, united in cricket.

For too long, English cricket took its greatest assets for granted. When the ECB carried out its own research in 2014, they uncovered some chilling trends. Among children aged between seven and 15, only two per cent ranked cricket as their favourite sport. Even worse, when asked to name ten sports, three in five of those kids made no mention of cricket at all. Those figures, combined with the headline shocker that the number of recognised club players had dropped from 908,000 to 844,000 in one year, caused shockwaves at the ECB.

Things are happening. The fight is on. The ECB is now openly serious about growth and participation. Its new entry-level programme, All Stars Cricket, has already been adopted by over 1,750 clubs for 2017. Chance to Shine continues to do incredible work getting some version of cricket into state schools. The MCC Foundation has set up over 40 Hubs across the country, providing high-class free coaching to talented kids from less advantaged backgrounds. The National Cricket Conference continues to represent the interests of over 1,100 clubs.

And then there are our supporters’ groups, rolling on, mobilising the troops as best they can, ferrying parties of fans around the country and overseas. Every fan, every player, every vote.

The Cricket Supporters’ Association fits perfectly into this landscape. Giving voice to the most important people in the English game. Let’s hear you.

Editor, All Out Cricket