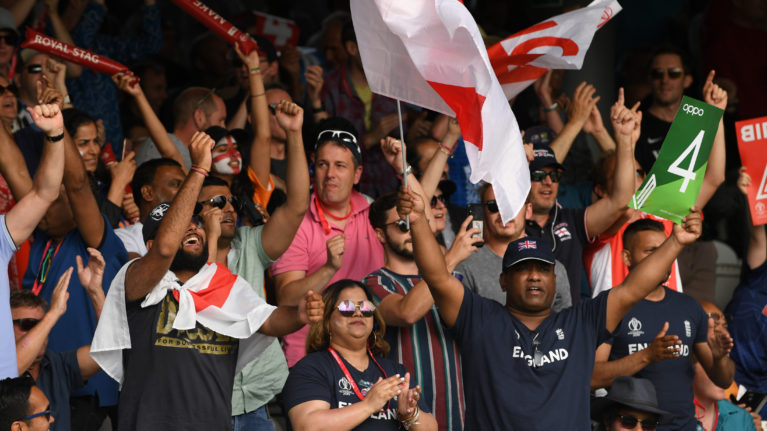 With over 2,500 responses, our latest survey has provided insight into not only how you feel about cricket but also your attitudes towards the current ‘hot topics’ surrounding the game and how it moves forward.

The Hundred, Free to Air for ICC Tournaments and Test Cricket and the role fans can play alongside the ECB were all stand out stats.

The independent survey covered a broad range of topics and highlighted the range of opinion amongst cricket fans, however there were some areas where fans generally agree. Perhaps most starkly is the commonly held thought that the ECB needs to develop the opportunities in which they work with cricket fans in keeping the game relevant (90% of fans agreed with this sentiment), whilst 65% of cricket supporters don’t think the ECB considers existing fans when making important decisions. 55% also disagree that the ECB are looking after the best interests of cricket.

There is general agreement amongst fans that cricket needs to evolve for future generations to play and watch the game (56%) and 53% agreed that cricket needs to evolve to remain relevant. How it does this of course is a polarising issue, with The Hundred drawing a broad range of opinions. Only 12% of fans surveyed showed an intention to watch The Hundred at a ground but this rose to 28% for 16-24 year olds. Slightly more intend to watch online or on TV, with the average figure at 29% but this again rose to 53% for 16-24 year olds and fell to 13% for 65-74 year olds.

Fans do have grave concerns around the new tournament, with 52% thinking that it will have a negative impact on the existing county structure and 41% of fans are concerned that there will be no meaningful county cricket at the height of the summer. 47% don’t believe in the rationale behind the competition and anecdotally the research found many felt a general lack of information about The Hundred made them unable to comment.

Another stand out area is the desire for some cricket to be shown Free to Air with 95% of respondents agreeing that all ICC Tournaments should have some element of free to air coverage (online or broadcast). This desire for some elements of Free to Air coverage is felt across all forms of cricket with Test cricket (the favoured form of the game across the survey) the most preferred option at 76%. ODI’s followed at 59%, T20 Internationals at 44% and Vitality T20 Blast at 36%, although with the Blast this did rise to 41% amongst the 16-24 age bracket.

The exclusivity of the game either through Free to Air or the price of tickets is another consideration factor. 45% of fans consider cricket good value for money compared to watching other live sport and only just over half willing to spend over £50 on a single international match ticket (this figure is down to 40% for the 16-24 year old bracket). Domestically 44% are prepared to spend between £20-£50 on a single Vitality Blast Ticket and that percentage figure goes down further with the Royal London One Day Cup (42%) and 32% for the Specsavers County Championship.

It’s clear that there is strong sentiment amongst you all for fans to be part of the consideration process and so working with the stakeholders within the game is key to what we are trying to achieve. We know that you, the cricket fan, has a lot to offer in terms of the prosperity and growth of the game and this passion and enthusiasm should be utilised and not taken for granted.

For us to be successful, we need to continue to grow and grow across all communities, ages and genders. We want to represent cricket fans from across the spectrum and for all fans to get involved – no matter what areas of the game you love or don’t love, if you play or don’t play cricket or what you think about how the game is evolving. We are here for you.”

The 15-minute online survey was created by the Cricket Supporters’ Association in conjunction with the team at Iris Concise, with the results analysed by the team at Sparkler. The survey was open to all cricket fans to complete and designed to understand the current opinion of cricket fans (of all ages) across England and Wales. The survey was accessible via www.cricketsupporters.com and was shared via the CSA’s official social media channels, through the CSA newsletter database, through various media and stakeholder social media channels and through media relations.

With thanks as always to Getty Images.

One thought on “Latest full survey results revealed – what did you say?”